The Tipperary couple’s location in the house may be important to their deaths, says Gardaí 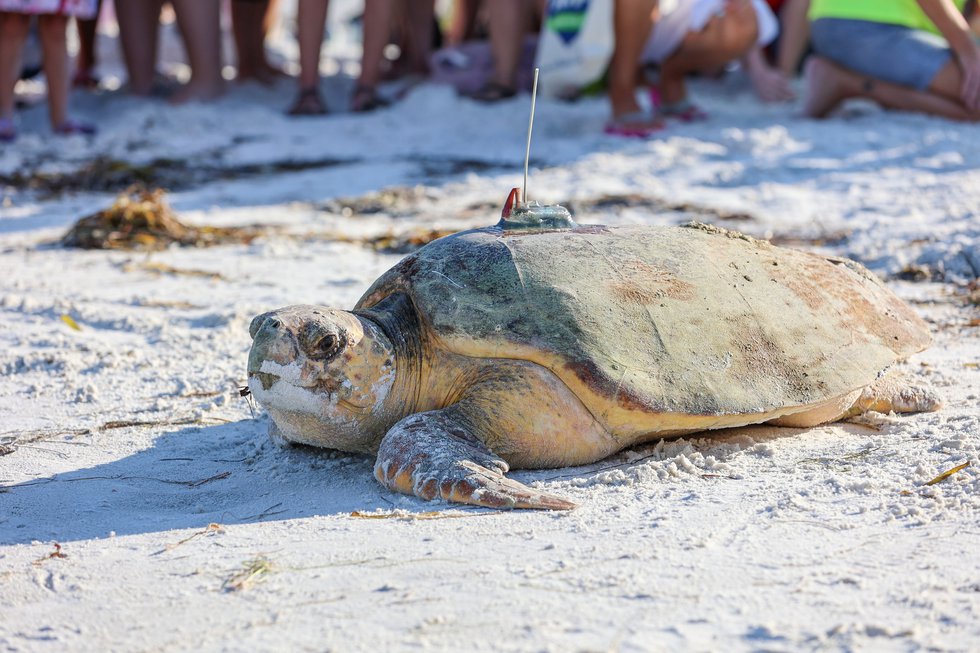 An East Coast woman is on a mission to regain control of her whenua after 100-year-old tenancy laws left her and others unable to control their blocks of land.

The land, which is leased to a number of groups, provides a meager income to its beneficiaries and is subject to legislation that severely limits owners’ options.

In Tokomaru Bay, about 90km north of Gisborne, Tina Olsen-Ratana is one of the beneficial owners of the Maori reservation lands known as the Tuatini Township Blocks.

But Olsen-Ratana says the group has no control over who rents, how long it’s rented, or even what type of businesses or buildings occupy the space.

At the center of the matter is an arrangement called a perpetual lease, which dates back to legislation from the turn of the last century.

Under the current rules, which are the result of government error, leases are fixed for 999 years and are perpetually renewable.

“We have whānau who are homeless, yet they have land. How is that possible?” asks Olsen-Ratana.

“Homeless. And we can’t even say, ‘Well, let’s build housing to house our own.’

The history of perpetual leases dates back 100 years and is rooted in settlement, says a Maori land expert.

By the 1920s, the East Coast was experiencing booming economic growth. The freezing factories, the wharf, the wool store and the agricultural sector were all flourishing.

But beneath the surface of profit and opportunity, a storm was brewing.

Tamaki Legal’s managing director, Darrell Naden, has worked on treaty claims since 1998 and has an in-depth understanding of Maori land law.

The East Coast was unique at that time, he says, because colonization had been slow to tighten its grip. However, the government had other plans.

The land belonged to the Maori, but the townships were not for the Maori, Naden explains.

“Indigenous townships were established in areas where settlement had been slow, so there could be an acceleration of that process, and with that the alienation of Maori land as a result of an increase in settlement. settler population in the area.”

Then, in the 1920s, a costly mistake virtually excluded Maori from this land.

Under the Native Townships Act 1895, the term of the lease was set at 21 years, with the right to choose a further 21-year renewal.

But when the first set of leases were renewed in the 1920s, tenants lobbied for a right to perpetual renewal upon expiration.

Arguing that longer leases with compensation for improvements would encourage development in towns, they eventually succeeded, albeit through a clerical error.

Some time after 1910 a series of leases were abandoned in advance and accepted by the Māori Land Board who then issued new leases for these sections.

However, the new leases were issued in error under the Public Bodies Leases Act 1908, including terms that remain a thorn in the side of Tokomaru Bay Maori landowners: they were perpetually renewable, they had a fixed rent of 5% of unimproved value for rural land (4% for urban land), and the rent was fixed for periods of 21 years.

In 1927, the government’s native department revealed how the error occurred. She had sent a form including the terms of the perpetual lease which was used several times before the error was noticed.

This information, taken from a research report prepared for the Waitangi Tribunal inquiry into the East Coast, concludes with a poignant point: when the townships were created in the late 1890s, landowners did not expect not have their land leased in perpetuity.

“The tenants got the lessor on a barrel. So over the past 100 years, Tuatini lessors have not only lost the use of their land, but they are unable to charge market rent,” Naden explains.

“What a disaster for these landowners… faced with 999-year leases.”

Asked what needs to happen for Olsen-Ratana and the other owners to get their land back, Naden said legislative change was essential.

But he is quick to point out that the Crown would be reluctant because such a decision could open the door for tenants to demand compensation for lost income over the next 900 years.

Either way, Tina Olsen-Ratana is doing just that – bringing in McCaw Lewis Lawyers to pressure the government for change.

In a letter written to Maori Development Minister Willie Jackson on February 23, the lawyers detailed the situation and requested a meeting with Jackson on Olsen-Ratana’s behalf.

“Ms. Olsen-Ratana and the owners continue to suffer from the inability to develop and use their lands for the benefit of their whānau, hapū and iwi due to these perpetual leases and subsequent Maori set-aside land laws” , the letter reads.

“We respectfully request a meeting with you.”

They are still waiting for an answer.

In July 2021, Te Tumu Paeroa, the Maori Trustee’s Office, released an Owners Report for the 390 beneficial owners of the blocks in Tuatini Township.

A 1,011 square meter property containing a 1910 villa with attached garage and swimming pool, plus a shed and possibly a former store has been rented by N and L Truman since 1970. It fetches an annual rent of $3,250.

A 5,059 square meter property on the east side of Waitangi Street has been leased by the Trumans since 1968. Its current annual rent is $3,500.

A third block, also leased by the Trumans, is a 1,012 square meter property, which houses the Blue Marlin Motel. The Trumans began their lease on this property in 1972 and pay an annual rent of $3,750.

On the northwest corner of Waitangi St and Mangahauini St, a 2,378 square meter property houses a newly renovated cafe and a three-bedroom house, rented at $5,500 a year.

“How can we have land and be homeless?”

Another section of 1593 square meters containing buildings belonging to the tenant is leased at $2600 per year. Four other sections are not rented.

A financial summary provided by Te Tumu Paeroa shows the properties reported income of $14,872 for the fiscal year ending March 2020.

Minus expenses of $7,668, which include annual Maori trustee fees, commission levied on rental income and distribution administration costs, there was $5,943. Distributed among the 390 owners, Olsen-Ratana is not far from saying that she does not touch a penny.

But the main problem is the lack of control of Olsen-Ratana and other beneficiaries over their assets. Before the township was created for the benefit of settlers under the 1895 Act, Māori owned and lived collectively off the land.

The fields belonged to everyone and economic activity was managed collectively, says Naden. With the introduction of perpetual leases, they were stripped of all control.

Outside a large beachfront property in the small town, a sign was nailed to a fence reading ‘the end of a 50 year era’. The tenant is parting with the property and the real estate agency Bayleys is looking for someone to take over.

“Just consider the price at which a property of this size would sell in today’s open market, and then ask the question, ‘Why is the selling price so low?'” the listing reads.

The answer is legislation that dates back 100 years. If Olsen-Ratana and the other beneficial owners want to claim the land for their own purposes, they have the first right of refusal.

But they will also have to raise the asking price by $599,000, which will go to current tenants N and L Truman who have held the title since 1968.

Olsen-Ratana says it’s upsetting and laments the situation she and the other owners find themselves in.

“Our people live in shacks. They have nowhere to go and their lands are closed. They can’t even get there to pitch a tent.

“How can we have land and be homeless?”

Previous At least 2 dead and 3 injured in apartment fire overnight
Next ATO will focus on crypto, stocks and income from rental property this fiscal time Retiring to Koh Samui in 2022? Here’s what you need to know